UPDATED, AS SOON AS  TO HAND, FROM OTHER DIRECT SOURCES 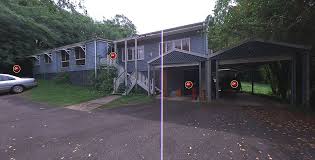 Dr Stark said that the “abrasions ARE NOT within the last couple of hours.”

GBC’s injuries are “not typical” of razor blades.

The smaller injuries, Dr Stark believes, are consistent with a razor cut.   Dr Stark agrees that the science is not exact.

Jury is hearing recorded interview, as per GerRED’s statement:

Photos of police attending the case:

Dr Stark assessed the injuries, from photos supplied, the injuries are scratches on GBC’s face.  The court is being shown photos ‘f the “Abrasion Injuries” resulting from contact with a rough surface.  Some of the three “abrasion inuries” are redder than others, suggesting two sets of injuries caused at different times.

The prosecutor is pointing to small “dots of red” under the big scratch marks.  Dr Stark suggested that the yellowing on the big marks suggests healing, the red marks suggest more recent injuries.   The “yellowy ones” maybe within a day or so, unfortunately it is an imprecise science, she said that the abrasions ARE NOT within the last couple of hours.  Referring to the wide, large abrasions, they are “typical of fingernail scratches”.  Dr Stark said that the scratches are very typical of fingernail scratches as people will pull away, as it hurts.  There may have been some bleeding, it wouldn’t be as much as a wound laceration.  Someone with nails would have to make the scratches, furthermore, Allisons’ nails would have been long enough to make the scratches, as I’ve inspected photos of them.

GBC’s injuries are “not typical” of razor blades; however, she can only say what is likely, as it isn’t an exact science and that using her experience examining thousands of victims of assault and suspects who have been injured gives her the ability of giving an opinion.  Furthermore, GBC’s razor blade is the incorrect width, and one wouldn’t keep going after the initial cut.  The smaller injuries, Dr Stark believes, are consistent with a razor cut.

Dr Stark is now being cross examined by the defence.

The defence is suggesting that the photos can be not clear due to the skill of the photographer, the ambient lighting, film exposure.  and that Dr Stark did not see the scratches in person, that she only inspected the photographs.  Dr Stark agreed that that could all be relevant.  Defence continues to say that there is nothing specifically, that says the scratches were caused by fingernails, Dr Stark agrees that the science is not exact.

Dr Stark said, “With injuries, the only people who know how they were caused a lot of the time are the people present and that a razor blade is less likely; however, she cannot rule it out 100%”.

Dr Stark has been excused.

Dr Beaven’s testimony is that, during the consultation with GBC, he advised that he cut himself at least three times with a blunt razor.  Dr Beaven said that there were three separate marks on GBC’s cheek and that she asked him whether he had noticed cutting himself the first time he shaved and why he kept shaving.  GBC said that he’d done them in one motion, Dr Beaven questioned him again, and he said, “maybe more than one motion and that he was in a rush and might not have noticed that he was cutting himself.”  GBC said that he’d been asked by the police to see a doctor to have his injuries documented.  Dr Beavean said she felt Gerard was in a rush and anxious, he wanted to get on with the consultation.

However, GBC was very friendly at the end, he handed her a business card and offered to  help her find a house.

The defence suggested that GBC’s lawyers, not the police instructed GBC to attend the doctor. “That is not what I recall” said Dr Beaven.  Dr Beaven said that the marks on GBC’s face could be similar to marks caused by a “shave biopsy”.

Senior Constable Cameron Simmons, a plainsclothes officer has been recalled to the stand.

Senior Constable Simmons said that Allison’s mobile phone triangulation was a 4 km radius directly behind the Baden-Clay house; however, they were unable to find the phone.  Senior Constable Simmons said that he located Allison’s journal when he returned to the house after it was made a crime scene and that he conducted a search of the house and didn’t find any medication.

Simmons stated that GBC did not become emotional during the recorded interview.  “He didn’t shed a tear”.  Simmons was back at the house 0n 21st April, while the SES was conducting search.  “There was nothing of interest located in the front or backyard”.  Allison’s journal was on the opposite side of the bed to where the covers had been pulled back.  Simmons took possession of fingernail scrapings from GBC.  Simmons searched the cars. On 25th April, the computers and washing baskets were seized from the house.  There was nothing of interest in the computers or found on the clothing or anything else of interest that was seized.

On 13th May, Simmons returned to the family home of the GBC’s to issue a warrant, the house was no longer a crime scene.

Sergeant Julian Dash, a scenes of crime officer has taken the stand.

Dash stated that he took photographs of GBC’s injuries at 12:45pm in the interview room set up for photography on 20th April, 2012, GBC smiled slightly in the  photographs.  Photos taken of hands without visible injuries, photo of GBC’s palms of his hands, with a cut on the right of the palm.

Photos of the inside of the Captiva, taken at Taylor’s direction, are being shown.

Photos of the main bathroom are being show.

Photos of the rear patio area of the house, the windows, and door frames are covered in fingerprint dust.

Taylor, on a professional basis has interacted with Dr Gordon Guymer who examined the plant species at the GBC Brookfield Road house and at Kholo Creek.

Photos of the rear garden area of the house.

Taylor stated that the family cars were both towed on 21st April, 2012 to be forensically examined.  Taylor attended Kholo Creek with a hydrologist to be shown where Allison’s body was found.

Defence asked Taylor if there was any botanical evidence taken from the car.

A photo is being shown of the back of the Captiva, in the boot area where the third row of seats of fold down.  There are baskets of toys sitting in the back.  A vacuum was used to collect any evidence from the car.

A photo of t he Captiva without the baskets of toys is being shown.

A photo is being shown of the rear driver’s side seat with the seat upright, the rest are folded down.

Senior Sergeant Taylor has been excused.

Streeting tested the sinks, taps and vacuum cleaner for blood.  There wasn’t any blood on the vacuum brush.

The carpets were dirty with numerous stains but without blood.

There was  stain on a towel hanging over the shower that was positive for blood, it was sent to be tested further.

Positive reading means that they will swab for blood

The bathrooms showed positive readings as did the sinks, all were swabbed for blood.

GBC’s razor did NOT give a positive reading for the presence of blood.

The Captiva was examined for blood, where the third row of the seats fold down, blood can be seen running down the side.

There is a second “flow rivulet” of blood in the same area.

The defence asks if it is possible to date how long the blood has been there.

The prosecution asked Streeting  if blood will degrade over time., Streeting responded, “yes”.

Photos of scratches on GBC’s face.

Photos of two vertical  scratches on the lower part of GBC’s neck.

The day had clear weather when Sergeant Venardos walked down the embankment with his camera.

Photo of GBC with greying hair and beard.  There is a section of beard that has been removed with clippers.  One can still see pink marks where the beard was shaved.