A short delay due to legal discussion.  Jury is yet to enter the courtroom.

The jury is entering the courtroom, Justice John Byrne will  then begin his summation of the lawyers’ closing arguments, beginning with the defence.

Byrne, “The defence case is that friends, family, and the children had not ever seen Gerard and Allison argue, let alone any violence.  The defence’s case is that the Crown have not proved their case beyond a reasonable doubt and that you must not find Gerard guilty.

The defence case is that the jury must not speculate.

The defence and crown cases are all about perhaps or what probably happened.

The defence stated that no-one can prove how the deceased died.”

The judge is summarising the defence’s discussions on the pathologist’s report.

Judge, “The defence said a thorough search of the house was completed by police and nothing of relevance was discovered.   The defence said that the three children heard nothing at all on the night of 19th April, 2012.

The defence said that if Gerard killed his wife that night, he must have dressed her in the walking clothes she was found in.  The defence asked why had she bled only in the Captiva?  They asked if Allison was dragged through the garden foliage, why did leaves that stuck into her hair, were also not found in the car?  They asked why there wasn’t any mud or grasses found in the car from Kholo Creek if Gerard dragged his wife’s body down.  They said that there weren’t any obvious signs of a cleanup in the car.  They said if there isn’t any proof of disposal of the body, the Crown case collapses.

The defence said that Gerard is lacking in morals, although that doesn’t mean he is a murderer.  The defence denied that Gerard was going to leave his wife for Toni, that he was good at making promises but nothing ever happened.  Gerard wasn’t faithful to Toni, either.  She was not the love of his life.  Their case is that Gerard did not want to be with Toni, so no need to kill his wife to be with her.

The defence pointed out that Gerard remained calm during cross examination, that he does not have a violent temper.  They disputed Gerard was  under financial pressure.  They said that Gerard was confident the business was on the up and he had been able to pay for the rental arm.

Gerard’s father advised him to make a claim on the life insurance.   The defence case is that the leaves could have washed into Allison’s hair by the creek.  They state that Gerard didn’t ever attempt to conceal any marks on his face, that he told everyone who asked that the marks on his face were from shaving.  The defence said that none of the experts could be 100% sure what caused the marks on Gerard’s face.

The defence gave the possible causes of death which were:  falling from a height, seratonin syndrome leaning to drowning or Sertraline toxicity.

The defence discussed Allison’s mental health history,  her Zoloft use, her sessions with psychologists.

The defence discussed advice from the marriage counsellor, which was given to her a few days before she disappeared.

The defence’s case is that discussions of an affair in the counsellor advised sessions would have caused a relapse in Allison’s depression.  They stated that Allison was stressed at the hairdressers on 19th April, 2012, they told the jury to consider Allison was upset after hearing of the birth of a nephew.  They claim that she always wanted a son.

The defence asked why Allison missed a parent teacher interview for a hairdressing appointment.

The defence’s case is that Allison stayed up late, thinking about the affair, and that she possibly went for a walk to clear her head.  Allison plugged her husband’s phone into charge at 1:48am, she took some Sertraline and went for a walk.  They suggested that she walked to Kholo Creek and ended up at the creek.

The defence said that Gerard did not have to give evidence, but he did.

JUSTICE BYRNE IS NOW SUMMING UP THE PROSECUTION’S CASE

The Crown said that Allison was a reluctant exerciser, she would not have walked 13km, and no-one saw her walking.

The Crown showed the rainfall records, the creek would not have been muddy at the time.  The area leading down to the creek was vegetated.  The Crown said that Allison had been rolled or pushed from the ledge above.  The Crow said that there wasn’t any evidence that Allison was drug effected.

They said that post mortem changes showed that Allison’s body had not oved.

The Crown case is that Allison was not depressed, the evidence from those who saw her that day, is that she was “great.”

The Crown pointed out that the baby monitor in Gerard and Allison’s room as evidence that sound did not travel well in the house.

They discussed the six leaves of the plant species found in Allison’s hair, which were all found in the garden, only two of these species were found at the creek.

The Crown said that Allison was injured that night and bled in the car.

They said that Gerard had to explain the scratches on his face, that he couldn’t hide them.  Gerard shaved over the scratches to make smaller cuts over the top.

The Crown said that the abrasions near Gerard’s armpit are consistent with Allison’s pulling on his clothing during the struggle.  The scratches occurred after the last time the girls saw their mother and before they woke up to find her gone.

The Crown said that there were three pressures on Gerard at the time:

The Crown said that Gerard played up his wife’s depression in the hope that the jury would consider that she committed suicide.

The Crown pointed out that Gerard didn’t ever tell police about his conversations with Toni McHugh on the Thursday night.

The Crown said that Allison was sharing his passions with the business while Gerard was out resuming his affair.

The Crown case is that Gerard was in love with Toni.  Toni had demanded that he tell Allison both women would be at the same conference the next day.

Gerard had mounting debts that needed to be paid.

Gerard made up a story to explain why he said in emails that he loved Toni.

Allison told people that she was happy about the birth of her nephew.

Gerard told Toni that he was going to sell the business and be with her.

At the conference, Allison could have found out that he’d continued the affair, with catastrophic results.

Gerard told police that he had not seen any signs of depression in his wife, which is a contrast to his actual testimony.

The Crown said that Gerard had an opportunity to kill, that he lied about scratches on his cheek and that he had discussions with his mistress that night.

The Crown said that it is highly unusual for all those plant species to be in the hair, cuts on his face, her blood in the car, if not murder.

JUSTICE BYRNE HAS COMPLETED HIS SUMMATION OF THE CROWN CASE.

Justice Byrne is giving the jury instructions should they need help with anything.

Justice Byrne is addressing the jury,

Thank you to the three reserve jurors, you are discharged.  Thank you for the dedication in which you approached your task. ”

The associate is now swearing in the bailiff as the jury’s keeper.

The jury have now retired to consider and reach a verdict. 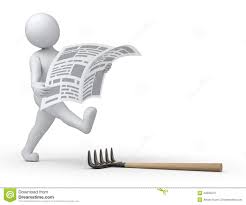 Jurors have returned to court – and are receiving direction from the judge as a juror downloaded a document on jury deliberations from an overseas commentator.

Justice Byrne, “You must not make enquiries outside the trial, the advice needs to come from this court, you must not do this, it was wrong.”

The court has given them a jury guide, the jury requested a copy of Justice Byrne’s summation of closing addresses. Request denied.   Justice Byrne instructs the jury, if they so wish,  to write out a written request for his summation to be read aloud in open court.

The jury have been excused.

The jury have been sent home.  Tomorrow, at 9:00am, they will reconvene to continue their deliberations.